For an international student, I believe I should explain what the Chinese New Year is and then share my best wishes and greeting with you.  Therefore, I am writing a short essay as follows:

January 26, 2009 is the Chinese New Year, the Golden Cow Year.   Like Thankgiving or Xmas for Americans, Chinese New Year is the most important traditional Chinese holidays.  It is based on the Lunar New Year for a period that starts from the first day of the first lunar month and ends on the 15th.  The Government will approve at least a 3 days long public holidays and additional 1~2 days off moved from other weekends. Therefore, people would have 9 days long vacation across two weekends.

According to tales and legends, the beginning of Chinese New Yearstarted with the fight against a mythical beast called the Nian ("Year" in Chinese). Nian would come on the first day of New Year todevour livestock, crops, and even villagers, especially children. the villagers would put food in front of theirdoors at the beginning of every year so that theNian would eat the food instead of attacking people. In addition, the Nian scared the color red.  The villagers would hang red lanterns and red spring scrolls on windowsand doors. People also used firecrackers to frighten away the Nian.

During the Chinese New Year, people usually have a busy schedule of annual shopping and visiting relatives and friends.

Days before the new year

On the days before the New Year celebration Chinese families will make a thorough cleaning.  It is called "Wash awaythe dirt and the bad luck of the preceding year and makes their homes ready forgood luck in the coming new year". It is like Americans' spring cleaning and annual shopping from thanksgiving day to Xmas.  Chinese will busy on housekeeping, purchasing new clothing and shoes, receiving a hair-cut and other things that symbolize a fresh start before the new year.

On the eve of the Chinese New Year, everyChinese family will have a biggest dinner all together.  It is also called "Reunion dinner."  Most of the holiday dishes have different good meaing for the Chinese family.  Most are connected to the good words in Madarin, because of the pronunciation or the old poems.  Such as, the hot pot means "get together".  Fish  means "may have annual savings. "  Having dumpings around midnight means "bring wealth" because their shape is like the money that ancient people uses.   The new year cake, Niangao, meansincreasingly "growing up" for the family and the bissines as well as the heath.  After the dinner, my families will go to local temples, hours before the new year begins to prayfor a prosperous new year.

First day of the new year

For people believe Buddishm or Taolism, the first day is for the welcoming of the deities of the heavens andearth, officially beginning at midnight. Most importantly, people visit the oldest and most senior members of their extendedfamily, usually their parents, grandparents or great grand parents.  Members of the family who aremarried also give red packets containing cash to junior members of thefamily, mostly children and teenagers.

Second day of the new year

The second day of the Chinese New Year is for married daughters tovisit their birth parents.  Also, people will pray to their ancestors as well as toall the gods.

Third and fourth days of the new year

The third and fourth day of the Chinese New Year are generallyaccepted as inappropriate days to visit relatives and friends due tothe following schools of thought. People may subscribe to one or boththoughts.

Common Qs and the answers I believe

In the begining, it is to scar away a mythical beast called the Nian.  Since Song Dynasty 920-1279 CE, lots of the ancient famous writers and poets have written good poets for the spring scrolls .  Today people like to choose these poets to bless their home and family.

Q2:  What does the dragon or lion dance for ?

The Same reason to the previous question, the lion dance is to scar way bad spirits from the premises.

People believe that they offer sweet foods to "bribe" gods intoreporting good things about the family.

Q4:  Why giving the junior a red envelope with cash?

The Senior hopes this money may be used to put down the eveil spirit for the junior.  I call it"the bribe theory".

Q5: what kinds of holiday dishes?

Foods mad by sticky rice mean "growing up."  White carrots/ Daikon or pinapples mean "prosperity/ good fortune."  Hot pots mean "reunion."  Fish means "may there be surplus on money and everything."  Tangerine means "all the best." 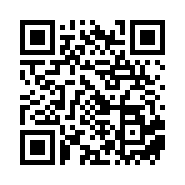